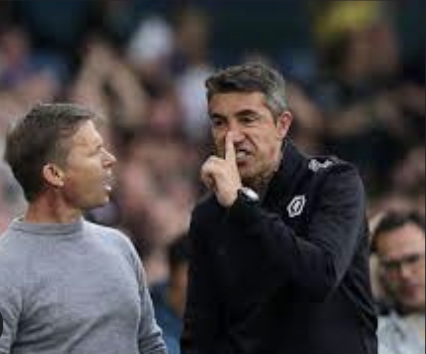 First weekend of the Premier League, snapshots below.

Scott Parkers continued fashion parade, what is his game?

Arteta mannerisms look just like Peps, its a bit cringey

Brighton scouting/analytics team really do know how to spot bargain players, keep an eye on the two new summer signings, especially the kid from South America Julion Enciso (Paraguay) we don't know much about him but going on past successes they look to have the formula

What did Leeds manager Jesse Marsch say to Bruno Lage, the way Bruno spoke in his interview made us think it wasn't politically correct. Is Jesse Marsch a big Donald Trump fan. Does anyone have any pictures of Jesse in a Make America Great again hat.

On Saturday the trends threw up 4/1, 10/3 & 16/1 winners with a 28/1 place. Not a bad weekend with the 16/1 Jungle Cove been a nicely priced winner. As always we will post the trends matching horses for all Saturday racing and big meetings such as Cheltenham Festival Trends, Aintree Trends, Royal Ascot Trends and many more premium race days. This Saturday is the big day for Ripon race course with the Great Wilfred handicap, always a good race to filter the trends through to see which horses running this year match the most trends. There are currently 34 entries as we speak for the race and we are hoping to tip up some big priced horses in this one.

Look out for our trends matching horses posted the night before the day of the racing. This week we will also be posting some multiples on some of the days on our social media channels.

The Premier League kicked off on Friday night with Palace Vs. Arsenal, The Gunners looked half decent although Palace had plenty of chances so we wouldn't be getting too excited about Arsenal just yet. Jesus looked quality though and they have strengthened the squad no doubt about that. If we looked at the Xg for that game Arsenal 0.27 Versus 0.35 Palace, so was really tight and we feel a draw would have been a fair result. In the Everton versus Chelsea game there were 20 corners in total which is very excessive, especially compared to the average last year which was 10.4 making the 20 nearly double last seasons average. Chelsea had 16 of these corners, in what looked a tight game maybe wasn't that tight after all. Everton on current course look sure to struggle but not conceding a goal from the 16 corners will give them assurance as the defence was very leaky against set pieces last season.

Some stats from the first weekend of the Premier League below

3.33 average of cards per match

Spurs did look impressive against Southampton, which may not be hard to do we will have to wait an see if the Saints carry on there dismal for from last year. In relation to Spurs though, who knows they might be title contenders they have the fire power. Kulusevski looks world class and its surprising Juventus may sell him in January as the loan move has a obligatory buy. Juventus look to have been playing him in a too defensive role, Allegri has done this with a lot of forwards, Cuadrado playing right back for example. Kulusevski looks the real deal and we are too believe the deal to sign him next summer can't exceed 45 million euros, which looks a fair price from what he has shown so far. Spurs also have Kane, Son, Richarlison, Perisic and Romero at the back, its a strong line up full of world class talent that get the job done and score plenty of goals. It would great for the Premiership if they can get involved and go close if not all the way. We are not discounting them just yet. Sundays match against Chelsea should be a cracker, will definitely give us a good idea at where both teams are at.